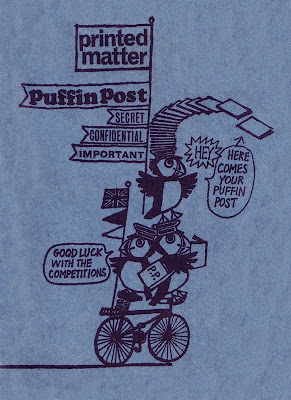 This is a lovely example of the earlier envelope graphics that sported the coloured paper. It doesn’t have the flamboyant look of the later envelopes, but it has such charm a playfulness about it that I can see why it was saved.

This is the only example of the early graphic that I have seen (I only ever received the later envelopes when I was a member) I would love to see any other examples if any of you out there would like me to work my restorers art on them.